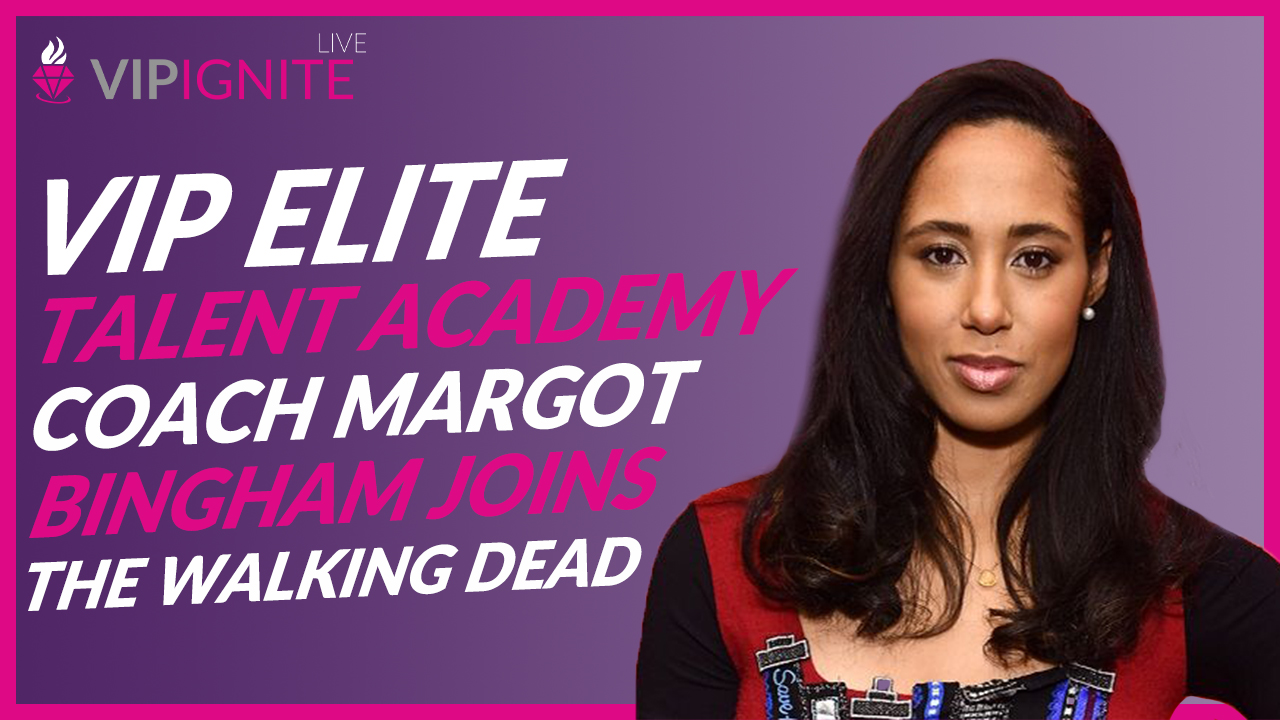 We at VIP Ignite are so excited to announce that VIP Elite Talent Academy coach Margot Bingham is joining the cast of The Walking Dead!

The first mystery of The Walking Dead Season 11 has already begun to unfold. Margot Bingham, who’s recurred on NBC’s New Amsterdam as Evie, has been tapped by the AMC drama to play… well, no one’s saying yet.

Since the actress was heard (but never seen) during Season 10 as Stephanie, the reticent stranger on whom Eugene developed a crush after they connected over the radio, it’s probably safe to bet she’ll be playing… yeah, Stephanie. In fact, when The Walking Dead had to end its season prior to the airing of its planned finale, the brainiac was en route to meet his mystery woman with Ezekiel, Yumiko, and a newcomer Princess.

Assuming that Stephanie turns out to be the same character as in the comics — and all signs are that she is — she will likely serve as our introduction to the Commonwealth, the mega-community that’s a focus of the later issues of Robert Kirkman’s graphic-novel series.

As for Bingham, her other television credits include Netflix’s She’s Gotta Have It, CBS All Access’s One Dollar, and HBO’s Boardwalk Empire.