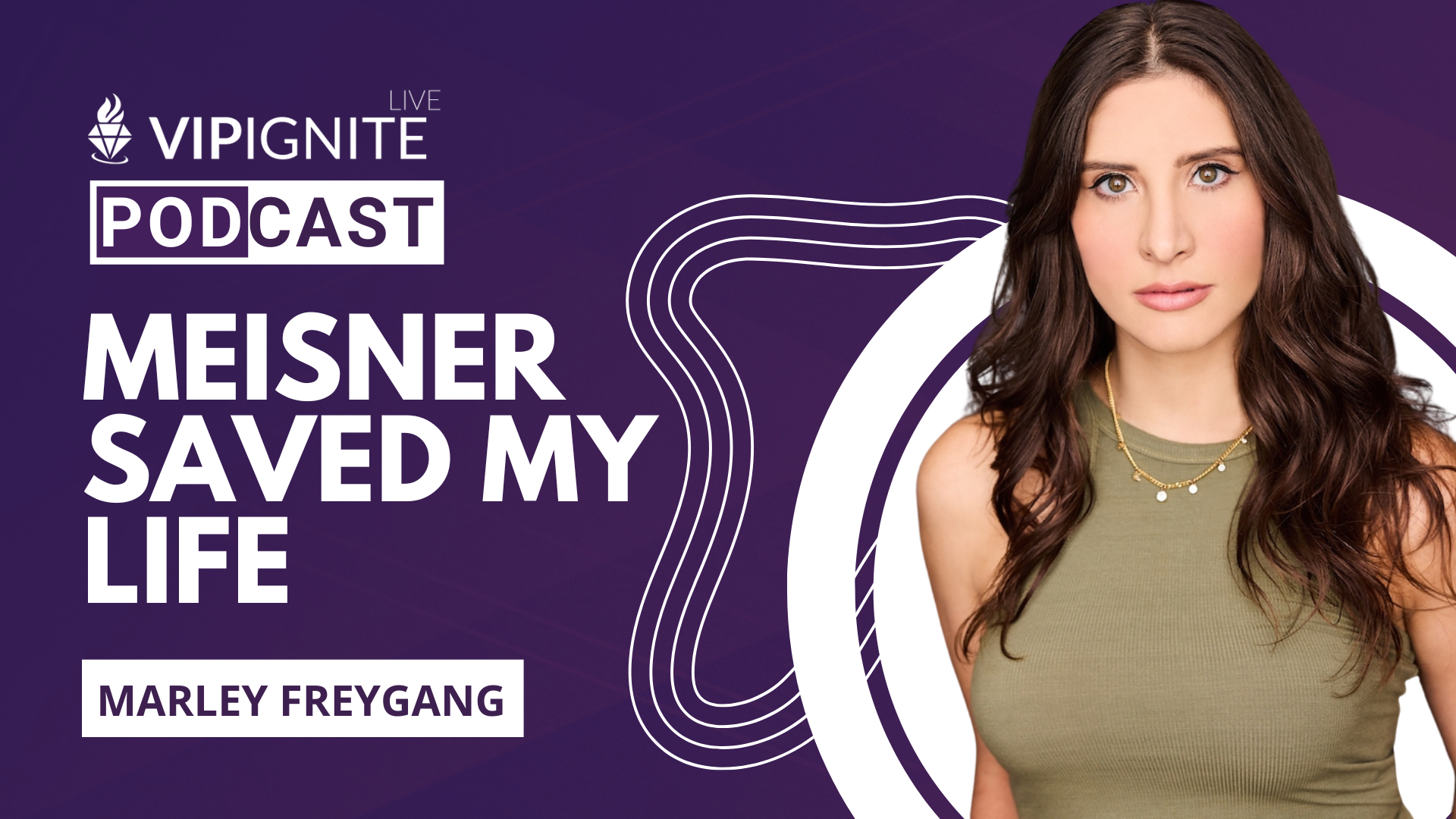 Marley Freygang is an actress and podcaster. Her favorite foods include protein cookies, waffles, and sushi. She was born and raised in New Mexico and currently resides in Los Angeles. Marley envisions herself playing the comic relief in a drama TV series. You can listen to her on her podcast Confessions of a Wannabe It Girl.

What you will learn on this podcast:

Do you believe you’ve got what it takes to be an actor? Learn the basic patterns from the best in the industry with VIP Ignite. Text stage to 26786 or register for our upcoming webinar here! We are a revolutionary way for both aspiring and experienced talent to learn, get advice, and sit down face-to-face with the entertainment industry’s top leading executives, agents, managers, casting directors, producers, A&R executives, Grammy award winners, theatrical agents, top model agents, Tony winners, and both Emmy and Academy award winners. Visit our website, call us at 215-322-8200, or email us to get advice on cultivating genuine relationships with industry professionals TODAY!