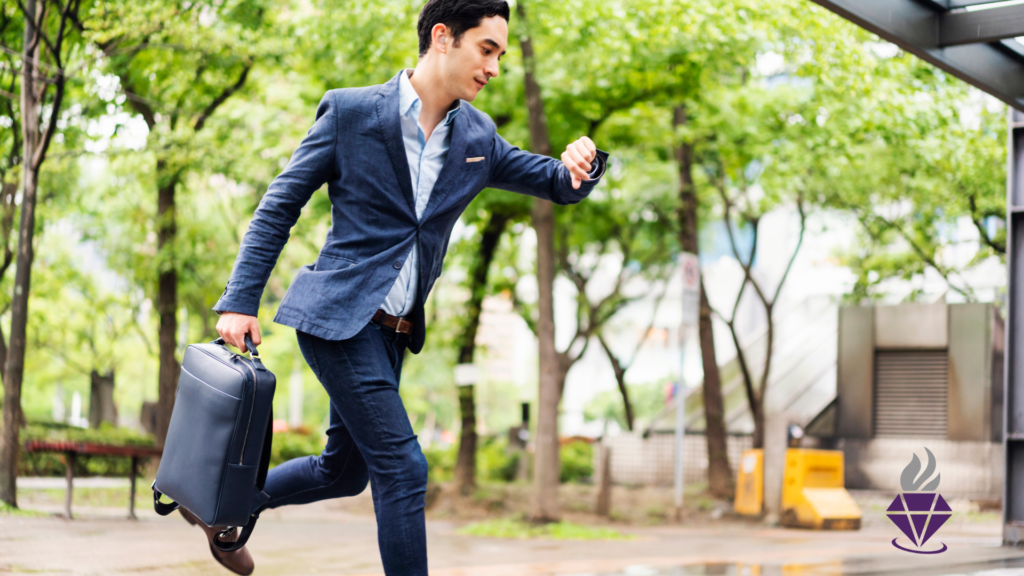 If you’re a model or an actor who is serious about booking jobs, you’ve got to keep the casting directors happy. After all, these are the pros who have the power to choose whether or not you get hired for a gig. According to Alycia Kaback, co-founder of VIP Ignite, to make sure your career keeps soaring, here are five things models should never do in front of a casting director.

Showing up late isn’t just rude—it can also cost you the job. Casting directors work on tight schedules and don’t have time to wait around. To make sure that doesn’t happen, set multiple alarms and leave your house with plenty of time to spare before your audition. That way, no matter what traffic or weather conditions arise, you’ll always arrive on time or even a few minutes early.

It might seem obvious but unfortunately many models and actors show up unprepared for auditions—without their portfolios or a pen and paper to take notes…or worse, not having memorized their lines! That’s not just annoying…it will also make the casting director question your commitment level and could lead to them not hiring you for this audition or in the future.

At auditions, it’s important for models and actors to take direction well from the casting director—if they ask you to stand up straight or smile wider, do it without hesitation! Being able to adapt on the fly is something that casting directors look out for when evaluating talent because it shows that if they hire you, they won’t need to spend extra time trying to get the perfect shot later down the line. If you want the job, listen carefully and act quickly!

No one likes an attitude problem—especially casting directors who don’t have time for diva behavior from aspiring talent. Remember: at auditions (and throughout your entire career), treat everyone with respect because ultimately those people have power over whether or not you land jobs in this business! Casting directors, agents and everyone in between wants to work with people they like!

Being too quiet  at a casting can hurt your chance of getting the gig! Casting directors are looking for someone who has charisma and personality–so be sure that when answering questions during an audition that your responses aren’t just curt yeses/noes–show off your wit and charm–it’ll go a long way towards getting hired by those in charge of hiring decisions!

Knowing what mistakes to avoid can help catapult your career forward faster than ever before–as long as you keep these five tips in mind while attending auditions, there’s nothing stopping you from becoming successful working models (or actors) sooner than later! So next time before heading off for another audition, double check that none of these habits are making an appearance in your routine. Michael Fomkin, CEO of VIP Ignite reminds you that you only have one chance to make a good first impression. It’s nearly impossible to come back from making a bad impression.

Do you believe you’ve got what it takes to be a model or actor? Learn the basic patterns from the best in the industry with VIP Ignite! We are a revolutionary way for both aspiring and experienced talent to learn, get advice, and sit down face-to-face with the entertainment industry’s top leading executives, agents, managers, casting directors, producers, A&R executives, Grammy award winners, theatrical agents, top model agents, Tony winners, and both Emmy and Academy award winners. Visit our website, call us at 215-322-8200, or email us to get advice on cultivating genuine relationships with industry professionals TODAY!